Viewpoint: The impact of the COVID-19 pandemic on the UAE Federal insolvency landscape

According to the World Bank’s 2020 Ease of Doing Business rankings[1], the UAE ranks 16th, ahead of several advanced economies such as France at 32, but behind economies such as the UK at nine and the USA at 6. That said, the UAE’s high ranking does not translate to a straightforward jurisdiction to resolve insolvency as it is currently placed at 80, significantly behind the UK at 14, the USA at two and France at 26.

During a major pandemic, which has and is predicted to have a further significant impact on the UAE economy, we can expect to see many businesses facing difficulty navigating through a complex insolvency regime in the UAE. We aim to explore whether the current regime can manage such demand, whilst considering what emergency measures and long-term reform are required to deal with the pandemic.

The UAE’s current federal insolvency regime is a new standalone law of 230 Articles (Law No. 9 of 2016 as amended by Law No. 23 of 2019). It provides for three heavily court reliant procedures and a fourth procedure under the auspices of a newly established Financial Restructuring Committee (“FRC”) as follows:

In tandem with these procedures, the new UAE Bankruptcy Law introduced an insolvency test of “Over-indebtedness” defined as where “the Debtor’s Assets, at any given time, do not cover the Debtor’s liabilities” which adds a balance sheet test of insolvency to the existing cash flow test, rather arbitrarily defined as when a business is unable to pay its debts within 30 days of them falling due.

If the business is not capable of rescue, the court-appointed trustee (who essentially performs the function of a liquidator) will then proceed towards liquidation and distribution of its assets. Note that the two procedures are mutually exclusive, although if during a solvent composition, a debtor is unable to pay its debts for more than 30 days, the composition procedure will convert to the insolvent rescue/rehabilitation procedure.

The current law was introduced to “encourage entrepreneurs…while strengthening their trust in the legal infrastructure in the UAE…and achieving balance between the creditor and the debtor” [2].

It transformed the pre-2016 Bankruptcy Law, which was not a standalone insolvency law, but 255 Articles contained in the Commercial Code (Law No. 18 of 1993). Further, it was intended to be a step towards a more debtor-friendly “rescue culture” driven regime where a debtor would be able to pre-empt a last of the line liquidation and distribution of assets by restructuring early, with the assistance of a breathing space granted by a court-ordered moratorium.

Finally, it was designed to de-stigmatize business failure by repealing certain previous insolvency-related criminal offenses, most notably the criminalization of bounced cheques and “bankruptcy by default” (where the debtor did not file for bankruptcy within 30 days of the onset of insolvency).

The new law was heralded as an improvement to the legal framework for entrepreneurs, small businesses, and risk-takers with the aim to “develop and support the UAE economic system” as His Highness Sheikh Khalifa bin Zayed Al Nahyan stated when the 2016 insolvency regime was introduced.

Effectiveness of the current regime in the wake of COVID 19?

How effective is the current law likely to be in the wake of COVID 19? The answer is likely to be not very effective at all, for the following reasons:

In summary, the current UAE insolvency regime is insufficient when faced with a crisis the magnitude of the current pandemic. Indeed, even before the COVID-19 pandemic, many troubled business owners were failing to use the current insolvency regime, presumably due to a reluctance to throw themselves on the mercy of the courts.

As we have seen over the last few years, several reforms have been made to address issues that the old regime faced. However, the current insolvency regime has two fundamental drawbacks. First, it depends on the courts procedurally.

Second, many of the reforms to date have been partial, for example, the decriminalisation of bounced cheques is only applicable once the court has accepted jurisdiction and decided to proceed with the insolvency proceedings.

The existing insolvency framework simply will not be adequate to deal with the current pandemic. In our view, the legal landscape must consider adaption post-pandemic as follows:

Globally, insolvency systems are being tested by the current pandemic. The current UAE insolvency regime will require further transformation and realignment in order to manage the serious but temporary disaster.

Emergency legislation, as set out above, is required to assist businesses in the UAE, for them to work through their financial difficulties without the need to cede control to the courts. 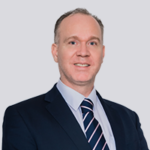