Understand the legal background of the Deportation measure

The concept of judicial deportation is that of a measure to be decided by the judge against a foreign person (be it case of a visitor or a resident), who has been convicted of committing several certain crimes.

As deportation is a penal measure and not a punishment, it is essential to note the distinction between penal measures and other penalties in general. Punishments, such as Imprisonment or Fines, are designed to refrain the perpetrator’s will. However, the penal measures, such as hospitalization for mental treatment or deportation out of the country, aim to protect the community. As well as the punishment – as a general rule – the penal measures should be proportionate to the level of severity of the perpetrator’s act. The precautionary measure does not have the same aim or target as we may see in cases where the measure may be taken against a person who is not criminally responsible. For example, when the person is mentally disabled and the judge decides to apply the measure to keep such person away, by placing him/her in psychiatric care institution for treatment.

The most important distinction between a Punishment and a Penal Measure, that may be interesting to most of those who work in the field of law, is that the punishment or penalty decided by the judge, can be suspended of execution due to circumstances or judicial excuses. On the contrary, for the Penal Measure, the judge does not have the ability to stop its execution. Unfortunately, we have noted that some colleagues request the court to hold or to prevent the Deportation Procedure. Such a request in its materiality violates the law, and the judge should not have the right to accept it.

What we can extract out of the provisions of Article 121 of the UAE Penal Code, is that a foreigner who is sentenced by imprisonment for criminal offence must be deported from the country. In some less severe crimes, the court may decide to deport the accused out of the country instead of applying the imprisonment penalty.

The most recent amendment to article 121 was mentioned in Decree No. 4 of 2019. The amendment dealt with an exception from the deportation out of the country if the foreigner accused is a spouse or first degree relative to a citizen. In this case, the perpetrator may not be deported unless he commits a crime affecting state security.

It should also be noted that specific penal laws have required the deportation of foreigners who commit an offense under this law, such as the Anti-Drugs Act.

In view of the severity of deportation, a special committee under the Public Prosecutor’s control has been established. After submitting some valid reasons and supporting documents for his or her application, a foreigner may appear before the committee to appeal the deportation decision. 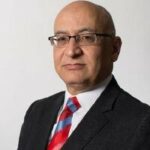