In the UAE, the commercial agency is an arrangement whereby an international company appoints an agent to distribute, offer, negotiate the sale or purchase of goods on its behalf within the UAE market for commission or profit.

The UAE Agency Law no. 18 of 1981 (the “Law”) is a federal law and is, therefore, applicable in all the Emirates. The Law which is very favourable to agents offering certain protections such as exclusivity, commission protection and other statutory protections (as described below) was amended in May 2020 by virtue of federal law no. 11 of 2020, where fundamental requirements were introduced to UAE legal entities entitled to register as commercial agents at the Ministry of Economy (“MOE”).

In light of the recent amendments of the Law, in order for a commercial agency arrangement to be registered with the MOE, the agent must now be:

There are many types of agencies under UAE law, however, the agency types we are addressing are the two (2) most common types; distribution agreements and commercial agency agreements.

If the agreement is not registered, the Commercial Code (federal law no. 18 of 1993) (and Civil Code (federal law no. 5 of 1987) in certain circumstances) will apply. We note that the termination of such agreements, under these laws, is less onerous and will be subject to the usual contractual elements of breach, negligence and fraud.

Under the Law, registered commercial agency agreements cannot be terminated or brought to an end (even if they have expired) unless there is mutual consent or if there is a “material” reason. “Material” reason is not defined under the Law. Still, in our experience it includes (but not limited to) breach of a non-compete provision, failure to meet sales targets (when set out in the contract and hence contractual) or severe breach of KPI.

Furthermore, the agent will be able to block anyone else (including the principal) importing products, within the scope of its territory, into the UAE.

Termination of a Commercial Agent

In practice, the termination of a commercial agent who is registered at the MOE can only take place by one of two methods:

In case of a dispute between the principal and the agent, any decision on whether there is a “material” reason that justifies the agency’s termination is subject to the committee’s discretion and their interpretation of the facts of the dispute.

The following steps need to be taken prior to being able to terminate a registered agency agreement:

The process can be time consuming, taking up to six to eight months, during this time the principal cannot appoint a different agent in the same jurisdiction, or for the same product, before the dispute with the registered commercial agent comes to an end.

Governing law and dispute resolution provisions of the DA

However, UAE law and the jurisdiction of the UAE courts is mandatory in a number of instances, including any registered commercial agency agreement that is subject to the Law. The principle and agent cannot opt out of this requirement.

A registered commercial agent protection under the Law, which preclude the principal from terminating the commercial agency without a material reason. The agent also has a right to commission in respect of sales made in the UAE by the principal or any third party, which are in breach of the agent’s exclusive rights.

This type of claim is very common. In practice, we see these claims being accepted by the court, particularly in circumstances where the court is not convinced of the reasons submitted for the registered commercial agency agreement’s cancellation. 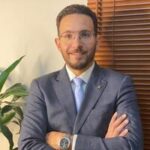