The UAE is a fascinating tourist destination, being one of the fastest growing countries in the world, a centralized global business hub for entrepreneurs and professionals, its amazing nightlife and picturesque beaches. Dubai alone brought over 8.1 million visitors in the first half of 2018.

With the vast amount people entering the UAE each year, it is important for these individuals to have a clear understanding of the local Emirati customs and traditions that may land them in police custody without knowing.

This is because, common actions which are considered norms in many European countries, including the United Kingdom, can have vastly different meanings and outcomes when done inside the UAE. Conducting any of the following actions, is highly inadvisable, in most cases are disrespectful and may even get you arrested in the UAE.

Nowadays, social media plays a major part in our daily lives. Everyone’s looking for the best status updates, the most extravagant photos to post and even who can post breaking news the fastest. In most countries, freedom of speech and freedom of expression is welcomed with open arms, but, whenever you visit the UAE there are certain unspoken “Social Media” rules that cannot be broken or it could cost you!

Posting pictures of people online without permission. People often get camera happy while on holiday, taking selfies, snapping photos of their food and their surroundings, however, if you happen to post a photo or video without obtaining the persons consent you could be found in breach of Article 21 of the Federal Decree, Law No. (5) of 2012 on (“Combating Cybercrimes”), and “shall be punished by imprisonment of a period of at least six months and a fine not less than AED 150,000 and not in excess of AED 500,000.”

On 30th April, 2019, a man was reportedly arrested for filming and posting a video on social media that went viral. The incident took place on Jumeirah Road where the man filmed a valet driver sitting on a car bonnet as the motorist drove away over disputed parking fees.

As reported by Gulf News, the Director of Security Media at Dubai, Colonel Faisal Al Qasim, stated “people should never send videos to relatives or friends, even if it is in good faith, so as not to be held legally accountable.” He went on to mention that “trading video or pictures can harm others and damage their reputation”, and such actions contradict the local Emirati customs and traditions and are punishable by law.

Sharing private details and confidential information. If you share personal and private details of another person without their consent or disclose confidential information about a company or an employer is considered highly illegal. Under Article 21 and Article 4 on Combating Cybercrimes, a person in violation of this law “shall be punished by temporary imprisonment and a fine not less than AED 250,000 and not in excess of AED 1,500,000.”

Spreading rumors. Beware of getting involved in gossip or spreading rumors when you are in the UAE. Sharing an offensive post online or defaming another person can land you a jail sentence of six months and fine of AED 250,000.

Facetime. Everyone loves to facetime their friends and family when abroad, but using VoIP apps like Skype and WhatsApp have been blocked in the UAE making it hard for people to connect with loved ones. Thus, if you’re tempted to purchase a VPN to get around this blockade, think again, under Article 34 on Combating Cybercrimes, people who use VPN can be charged with “imprisonment of at least 1 year and a fine not less than AED 250,000. Currently, telecom operators are offering customers VoIP calling services if you wish to take advantage of these services legally.

Posting offensive content. If you happen to post or share pictures on social media displaying nudity, pornography and drunkenness goes directly against Islamic morals and values and can carry serious consequences. Under Article 17 on Combating Cybercrimes, people who share this type content on social media “shall be punished by imprisonment and a fine not less than AED 250,000 and not in excess of AED 500,000.”

Fundraising. You may think starting a fundraiser is for a good cause, but, beware before posting a fundraiser online or on social media. Posting a fundraiser online or on social media, and asking for donations without the proper authorizations is against the UAE’s Charity Law. Thus, if you are thinking about raising money for Charity, you must first get the requisite approval from the Islamic Affairs and Charitable Activities Department. Otherwise, according to Article 27 on Combating Cybercrimes you “shall be punished by imprisonment and a fine not less than two AED 200,000 and not in excess of AED 500,000.”

Despite Dubai being relaxed in terms of its dress code, there are certain unspoken rules visitors should know before heading out from their hotels. Visitors should respect the Muslim culture and dress modestly, especially in conservative areas and public places such as shopping malls. Any form of nudity is strictly forbidden, and swimwear for both man and women should not be worn outside areas other than the beach, waterparks or swimming pools. Additionally, for men, it is seen as disrespectful to wear Emirati national attire unless you are on a desert safari or at an event which invites non-Emiratis to wear the country’s national clothing, so avoid playing dress up without the proper invite.

When on vacation everyone likes to sight see and people watch, but be careful, as it is considered to be highly offensive to stare or give compliments to Emirati women in national attire and avoid prolonged eye contact. Under no circumstances should you take a photos of an Emirati women without their consent, and any type of unwarranted physical contact is considered a sign of disrespect and can get you arrested for sexual harassment.

Ramadan is a sacred time for Emirati’s and Muslims worldwide, and occurs on the ninth month in the Islamic calendar. During the entire month of Ramadan, Muslims will fast from sunrise to sunset. For persons visiting the UAE during Ramadan it is very important to respect others who are fasting during Ramadan by avoiding eating, drinking, smoking and chewing gum in public during daylight hours. Doing any of these is not only highly offensive but it also illegal under UAE law.

For tourists on holiday, we all know it is customary to take pictures when you are out and about exploring the many wonders of Dubai and the UAE. However, it should be noted that it is illegal for persons to take photographs of women, the military and UAE government facilities. Additionally, despite being allowed to consume alcohol in hotels, bars and some restaurants, it is illegal to consume alcohol or be drunk and disorderly in a public places.

It is widely acknowledged that public displays of affection are strictly prohibited within the UAE, and this extends to all sexual activities outside of marriage. Regardless of your relationship status with your partner, if the UAE authorities are made aware that you are participating in sexual activities outside of marriage you could face prosecution, imprisonment, fines and/or deportation.

Furthermore, it is illegal within the UAE to share accommodation with someone from the opposite sex without being married. This includes hotel rooms, Airbnb’s, apartments, etc., so, if you are planning on relocating or traveling to the UAE and share accommodation with friends or strangers, please make sure they are of the same sex to avoid any unwarranted legal consequences. 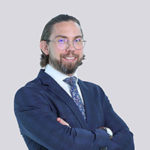