Businesses with existing and prospective claims may find themselves in a precarious situation in the wake of COVID-19. On the one hand, there may be a pressing need to pursue a claim to recover what is due to them. On the other, cash flow constraints may force them to wait until business recovers before initiating any legal action. To make the situation more difficult, businesses in the UAE are often reluctant to commit cash to pursue legal action due to the misconception that proceedings before the local courts are long and drawn-out, despite the UAE’s multiple initiatives to streamline the dispute resolution process.

It is in the above background that third party litigation funding (TPLF) may be well worth considering for businesses, especially in the context of the present crisis where both, limiting cash flow and obtaining legal compensation, may be critical to their survival. In simple terms, TPLF is an alternative means for a claimant to fund the costs of a legal dispute. Typically, this involves an investor, with no direct interest in the proceedings, who agrees to fund all or a portion of the costs of a claim (i.e. fees for lawyers, courts/arbitration) in return for a share in the legal compensation to be recovered. The percentage share taken by the investor varies on a case-to-case basis and may depend largely on the strength of the claim and the amount of legal compensation to be recovered. The commercial risk of litigation is thereby shifted from the claimant to the investor, who usually backs not just one large claim, but several claims varying in strength and value. This invariably makes them better suited to bear such risk rather than an individual claimant pursuing a claim, or several claims.

From an investment point of view, there are numerous attractive elements to draw investors towards TPLF. For instance, unlike equities, TPLF is uncorrelated to traditional capital markets and is inversely correlated with market fluctuations, as litigation usually increases during an economic downturn due to the high number of insolvencies.  As a result, investment in TPLF may even thrive during a recession when other asset classes are underperforming. This can provide investors with an avenue to build a diversified portfolio – which is universally recognised as the investors’ best weapon to mitigate risk in uncertain times.

Presently, there is no legal bar to TPLF under the laws of the UAE. In fact, it could be argued that a form of TPLF is being carried out in the UAE through several entities known as Debt Collection Companies (DCC) such as the Gal Debt Collection Services Company. Such companies typically cover the claimant’s legal fees in return for a pre-agreed share of awarded legal compensation in a successful case. The UAE’s position as a leading business hub in the Middle East and Africa has consequently led to the emergence of larger and more complex commercial disputes. To this end, DCCs have played a crucial role in enabling businesses to pursue claims that would have otherwise been considered too cumbersome and/or overwhelming to pursue. Be that as it may, many businesses and investors in the UAE are still wary of TPLF despite the UAE’s position as an international hub for dispute resolution. This is in part due to a general lack of awareness about TPLF and uncertainty around the permissibility of its use in the UAE. In our view, this can partly be resolved by introducing regulations which expressly permit and regulate the use of TPLF in the onshore UAE courts.

Similarly, there is no express provision for or against TPLF in Sharia’h law. Some commentators have argued that TPLF is fundamentally consistent with the basic tenets of Islamic finance transactions. Indeed, a key principle of Sharia’h law provides that the underlying transaction should benefit maslahah (public interest), which is consistent with TPLF providing increased access to justice to meritorious claims. Additionally, it has even been argued that TPLF does not necessarily conflict with the prohibitions prescribed in Sharia’h law on riba (interest), gharar (excessive speculation), and maisir (gambling). In this regard, it is pointed out that while certain TPLF models may provide for the payment of interest on the amount invested, most TPLF arrangements do not include the charging of interest; rather it is only a share of awarded legal compensation in a successful case that is awarded to the investor in a pre-agreed ratio. Likewise, it could be argued that the risk of excessive speculation and gambling is mitigated due to the fact that investors perform extensive due diligence and research into the merits of a potential claim before funding is provided.

As an unfortunate result of the economic downturn caused by COVID-19, an increasing number of cash-strapped businesses in the UAE will be seeking legal compensation in the months to come. The aforementioned factors make TPLF a prime contender to experience significant growth in the UAE. 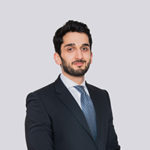