Slander, insult, and defamation: the ultimate social media guide according to the UAE laws

The responsibility for acts practiced on the internet is the same as that in the physical world, and in UAE, the legislation is harsh, and the online offenders can expect heavy amounts of fines, in some cases, jail time or/and deportation.

On the internet, crimes against honour are the most frequent, mainly through social networks. People overreact in the comments and end up reaching others’ reputations, and, in these cases, the authors will be subject to the criminal consequences of their acts.

But, insult, slander, and defamation through social networks, just as in a person’s presence, are not considered civil matters but entitled to criminal liability under the UAE Penal Code and Cybercrimes Code.

Criminal liability on the internet

Criminal liability is caused when someone practices an act defined by law as a crime or a criminal offence. In this case, in addition to possible compensation to the victim, the offender will also be subject to the consequences of Criminal Law, like imprisonment, fines, and other effects of a criminal conviction.

The UAE has specific laws for crimes committed over the internet. If there is an offence against the honour of another person, it does not matter if the fact occurred in the presence of the victim or through the internet, the author should be held responsible without any distinction.

Defamation and slander are terms that are frequently confused with each other. They all belong to the same category of law (defamation/crimes against the honour) and have to do with communications that falsely demean someone’s character.

The types of defamation are stated in the articles 373 of the UAE Penal Code “Any person who insults another person, by any means of publicity, which harm his honour or dignity, without attributing any specific incident.” And article 372 “whoever attributes to another, through a means of publicity, a fact that makes him an object of punishment or contempt.”

Both sides need to present proof of the allegations, either to file a complaint or defend himself against an accusation of defamation.

The successful complaint must contain the proof of the defamation or false accusation, evidence of the reach of third parties (it must be made public to be considered defamation), and how it causes harm and dishonour.

In defamations cases, all the burden of proof is due to the plaintiff. The procedure law also states that the complaint must be presented in a maximum of 3 months from when the complaint acknowledged the offence.

On the other hand, if someone is accused of defamation, the proof of the truth about the fact is not the absolute proof. Even if you prove that the allegations made are true, you can still be charged for defamation as your statement can bring shame for the person subjected.

The UAE Courts have recently settled the understanding that the defamation is an act that causes harm, hatred, punishment or humiliation amid a person’s community, and stated that “mere criticism” may be regarded as defamatory if exceeds the “normal limits” and by consequence affects the honour of the individual or the company.

Article 377 brings an exclusionary condition of the crime if the reporting of misconduct is done in good faith to judicial or administrative authorities. Meaning, that if you report to the appropriate channels the person or company’s misconduct, there is no incidence of defamation. i.e reporting to the DED a customer service issue instead of leaving a harsh comment on the company’s Facebook page.

According to article 373 of the Penal Code, the punishments for defamation are jail sentences for no more than one year or a fine of not more than twenty thousand dirhams.

However, there are some circumstances considered as aggravating:

If the defamation is committed by way of publication in any newspaper or publications, such a matter shall be considered to be an aggravating circumstance.

If the insult is directed to a public servant or a person entrusted with public service, in the course of, due to, or because of the fulfilment of the public duty or service, will always be considered as an aggravation.

Shall be punished by imprisonment and a fine not less than 25.000 to 500.000 dirhams or either of these two penalties and facing deportation in case of a foreigner.

Article 39 of the same law also includes under the liability for the offence the owners and operators of websites, and by that, it is included groups Admins if they are aware to store and provide illegal content and if it fails to remove and block access of the perpetrator and the illegal content.

The employer is also included in the criminal investigation as the sponsor of the offender, even if the issue is not related to the employer or was not perpetrated during work hours.

If the offence occurs on behalf of the employer, the subject of the complaint can be the company and the employee’s manager for allowing the illegal actions. 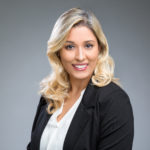