Salient features of Federal Law No. 6 of 2018 (UAE Arbitration Law)

In keeping pace with the International Arbitration rules and practice, the Arbitration Law treats an Arbitration Agreement as independent and separate from the main contract

(Article 6 (1)). If the main contract is deemed as invalid or is revoked or terminated, this does not affect the Arbitration Agreement’s validity unless it is in itself invalid and void.
The Arbitration Law bestows powers on the Arbitral tribunal to decide on any plea raising jurisdictional dispute (Article 19 (1)). It is the discretion of the Arbitral tribunal to treat this as a preliminary issue and pass an interim award, or decide in its final award. This brings in itself a significant change and the ideology that Court intends to have least interference with the Arbitration proceeding. However, this raises a procedural dilemma, if in a particular case the Arbitral tribunal decides to adjudicate the jurisdictional objection in its final award, in this situation the parties would be made to argue on the merits and jurisdictional objection, and if the final award states that tribunal had no jurisdiction then the parties’ efforts litigating on merits turns out futile and a waste of the tribunal’s precious time and resources.

Furthermore, the Arbitration Law takes a pro-arbitration approach with Article 25 setting set time limit to object if there is any inconsistency between the Arbitration procedure and Arbitration Agreement. The law provides for the said objection to be raised within seven days or any agreed period from the date of knowledge of inconsistency. Such a strict and short timeline displays the Legislature’s intention for parties to be pro-active in their approach and for the Arbitration to proceed with quickly.

elsewhere. Therefore, it is in parties’ interest to draft appropriate confidentiality clauses in their Arbitration Agreement, or agree to keep pleadings confidential while formulating arbitration procedures.
Article 33 (5) of the Arbitration Law gives further autonomy to a party to appoint a legal representative or expert to represent them before an Arbitration proceeding. There is no legislative compulsion to have a lawyer represent you as the law allows anyone to be appointed as a representative, provided the said representative has proof of power to do so. The Arbitration Law adopts a commercial and cost-effective approach by giving the Arbitral Tribunal authority to hear witness testimony through modern means of communication (video conferencing facilities) and do not require the witness’ physical attendance (Article 35). However, the law does not establish the manner in which witness testimony be taken on record i.e. examination in chief and cross examination. Hence, it is at the tribunal and parties’ discretion to decide whether the witness ought to be cross examined or the testimony be taken on record as it is.

With the aim to make Arbitration a quick and effective dispute resolution mechanism, Article 42 of the Arbitration Law provides the Tribunal ought to render the final award within the time limit agreed between parties. If there is no agreed time limit, then the award

shall be rendered within six months from the date of the Arbitration proceeding’s first session. Such Tribunal may decide to extend the above period by another six months unless the parties agree on a longer period. However, if Arbitral Award is not published even after the aforementioned extension, then further extension can only be made by making an application to Court. The court may order an extension or terminate the Arbitration proceeding and this decision will be final. It is pertinent to note that failure to render award within the above time frame is ground to challenge an award (Article 53 (1) (g)).

If the Arbitral award deals with issues that are not within the scope of Arbitration Agreement, or exceeds its jurisdiction under the Agreement, then the parts not within the scope of agreement shall be treated as void (Article 53 (1) (h)). The Law recognizes the principle of severability, wherein it separates the award’s void part and retains the valid part. The Arbitration Law provides the Court power to suomoto – to annul the award if the court finds the subject matter of dispute relates to a subject which is not arbitral (eg. Criminal, labour or real estate issue) or it is against the U.A.E.’s public order and morals.

Overall, the Arbitration Law is a welcoming piece of legislation, which covers all the aspects of Arbitration in line with international practice. There are few key components that would need clarity, and it would be interesting to see how the courts enforce such provisions. U.A.E. legislators have worked towards providing a wholesome legislation and this certainly clears the grey areas that were present under the Civil Transactions Law. In the near future, we shall see if the enforcement and interpretation of Arbitration Law invites more attention from International Parties and favour U.A.E. as the venue for Arbitration proceedings. 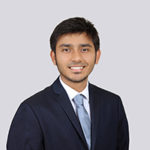