Private and business account-holders in Switzerland are entitled to substantial compensation claims against Swiss banks and financial service providers. As a result of several clear leading decisions by the highest courts of Switzerland, (international) bank clients may claim the handover of so-called retrocessions – also known as kickbacks – from the Bank.

In October 2012 the Swiss Federal Supreme Court ordered a Swiss bank to reimburse kickbacks to its client with retroactive effect. This judgement made clear that clients with an asset management agreement are entitled to all commissions and/or retrocessions that financial service providers receive from third parties. This essay addresses the controversial issue if financial service providers are obliged to surrender their kickbacks, retrocessions, distribution fees and all other commissions and monetary benefits to their clients which they received in connection with their contractual relationship with them.

In the past years, claims of bank clients from all over the world have been successfully enforced in thousands of cases throughout Switzerland. Today, due to the clear legal situation, the assertion of recovery claims is possible with little effort and with high chances of success. This of course also applies to bank customers from the UAE, who can demand considerable sums of money back.

Background and mechanism of retrocessions:

Kickbacks create false incentives in advising clients and in asset management and can lead to a conflict of interest. The client is not offered the best product for himself but the product with the highest kickbacks for the financial institution (Bank). Such conflict of interest generally results in an investment decision made to the detriment of the bank client. This especially applies whenever a bank receives a higher distribution fee for product X, even though product Y would be more appropriate for the customer. This results in the risk that the bank places its interest before the interest of the customer and recommends or purchases the product with the higher distribution fee (product X).

However, kickbacks can only be demanded if the client has not legally waived his right to recover kickbacks. For a waiver to be valid, certain conditions must be met. Whether a waiver exists and whether such waiver is valid has to be examined on a case-by-case basis. Even if a client has waived his right for the future, kick-backs resulting from previous years can still be demanded.

Asset management agreements are governed by the rights and duties related to the law of mandates- Articles no. 394 and the following of the Swiss Code of Obligations ( herein and after CO). According to Article 400 para. 1 of the CO, the asset manager – as an agent – is obliged to disclose to the principal all information regarding its mandate at any time at the principal’s request. Subject to such accountability is everything that is connected to the mandate in the name of the principal, even internal documents such as notes, drafts or other records.

Disclosure by the agent has to be made even if the compilation of the required files involves great expenditure. The mere report of a lump sum, which makes it impossible to determine the composition of the kickbacks, is not transparent enough and consequently cannot be sufficient in terms of accountability according to Art. 400 para. 1 CO. In this context, it is important to note that the obligation of accountability exists irrespective of the fact whether or not kickbacks have to be surrendered. Even if asset managers argue that kickbacks – for whichever reasons – shall not be surrendered to the principal, they must nonetheless deliver a report on the receipt of kickbacks. Not providing full transparency can also have criminal consequences: Based on a judgement of August 2018 of the Federal Supreme Court of Switzerland, an asset manager has been convicted of criminal mismanagement because he has concealed from his client that he has received retrocessions and remunerations from a bank.

The Federal Supreme Court of Switzerland found in a landmark decision in 2006 that kickbacks distributed to external asset managers belong to the client and therefore have to be forwarded and reimbursed to them. Retrocessions must be returned to the client because of the internal connection with the contractual relationship. 7 In 2011 the same court stated that the obligation to surrender the kickbacks is a core element of the external utility of the mandate and that it constitutes a preventive measure to safeguard the interests of the principal. Apart from a mandatary’s fees, the mandatary shall neither bear profit nor loss from the mandate agreement. Consequently, all assets received by the asset manager from third parties, which can be linked to the mandate agreement, must be forwarded to the principal.

The asset manager may only keep contributions which were received from a third party during the execution of the mandate agreement if such contributions cannot be linked to the agreement. Therefore, a financial service provider must forward to the client all monetary and non-monetary advantages received from third parties as part of the performance of the contract. Keeping additional earnings violate the principle of non-enrichment. Hence, in the case of asset management agreements, there is an unquestionable obligation to surrender kickbacks to the client received by third parties.

One of the fundamental problems regarding kickbacks lies in the potential conflict of interest. As an agent, an asset manager may represent only the interests of the client towards the other financial service providers. However, in case the asset manager receives contributions of these third parties, the risk remains that the interests of the client may no longer be represented properly. If in addition to it, the asset manager withholds kickbacks for its benefit and refrains from transferring them to the entitled principal, it can be held liable by the principal for violation of the mandate agreement (Art. 400 para. 1 CO).

In its judgement of 2012, the Federal Supreme Court found that the obligation to surrender kickbacks depends also on a conflict of interest. Consequently, in the case of an asset management relationship or – under certain circumstances – investment consulting relationship, the monetary benefits received have to be passed on to the principal.

Based on the tendency of current Swiss case law and doctrine, kickbacks have to be surrendered not only based on a conflict of interest. Only an inner connection between the kickback received and the relevant contractual relationship (incl. execution-only) will be a sufficient legal basis to claim back retrocessions.

As a result, clients of Swiss banks and asset managers – including, of course, clients from the UAE – can generally claim for around 1% of the assets under management per year plus 5% interest per annum based on the amount of the retained kickbacks.

Note: This essay is the result of a revision and summary of the article by Dr Helmut Schwärzler at the IBA International Bar Association dated 02.01.2019 [Schwärzler Attorneys at Law, Liechtenstein] 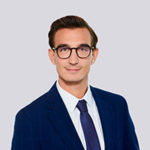