Marriage is considered as a sacred event, the expression of love, bliss and joy until it comes to an end abruptly through a divorce, leaving behind bitterness over financial and custody matters. It all may end a lot worse if emotions lead to financial insecurities leaving you bankrupt all your life. Having said that, most couples enter into a fair deal prior to the marriage to ease the procedure of divorce referred to as Prenuptial Agreement.

To elucidate briefly, a prenuptial agreement is an agreement entered into by any couple, yet to get married. The said agreement highlights the procedure for distribution of assets and other financial obligations, in the event the spouses part their ways. On the other hand, any agreement signed post the conclusion of marriage is referred to as Post-nuptial Agreement. Family Lawyers of Dubai receives numerous inquiries concerning the validity of any nuptial agreement signed by the spouses under the Personal Status Law (Federal Law 28 of 2005). Consequently, this article will annotate various aspects of pre/postnuptial agreement.

Personal Status Law of UAE is derived from the principles of Shariah Law, therefore it does not entail the concept of pre/postnuptial agreement. As a result, the country does not have any specific law which shall govern the nuptial agreements signed by the parties. Nevertheless, it shall be construed under the Civil Law, alike any other contract signed in the country. Yet, it is of utmost importance to utilize due care whilst drafting such agreement as any provision against the Law of Shariah will lead to invalidity of the contract.

Prenuptial agreements do not have a standard format and can be tailored as the parties desire. Notwithstanding the foregoing, each contract shall have certain elements for its enforcement which includes, voluntary intent to sign the contract, complete disclosure of information, equitable distribution and realistic or achievable prerequisites.

In the UAE, the treatment of nuptial agreements is based on several factors such as the religion of the spouses and their jurisdiction.

The Law of Shariah as aforementioned does not validate the concept of pre/post nuptial agreements or distribution of property attained during the marriage. Accordingly, the property remains of the spouse who acquired it. This is in line with Article no. 20 of the Personal Status Law which highlights that the marriage certificate shall include the conditions agreed between the parties. Henceforth, UAE nationals should enter any prerequisite in relation to their marital status or any circumstances post the dissolution of marriage in the marriage certificate, and any contract shall not be recognized as an ancillary contract to marriage. Nevertheless, it might be considered under the Civil Transactions Law subject to the conditions of the Civil Law.

Pursuant to Article no. 1 of the Personal Status Law, the foreign expatriates can apply their country laws in any family dispute. Furthermore, according to Article no. 5 of the foregoing law, the courts of UAE are authorized to entertain cases of foreign citizens residing in the UAE. Therefore, nuptial agreements of foreigners will be enforceable under UAE Law subject to their adherence with the governing law.

In a nutshell, the Personal Status Courts of UAE will uphold the nuptial agreements signed by the parties concerning the distributions of matrimonial property or any other issues regarding the financial situations of the spouse’s post-dissolution of marriage. 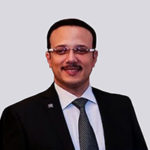