Possession of dangerous animals in the UAE

The United Arab Emirates is a country well known, not just for its luxurious lifestyle, the amazing cars or its futuristic buildings, but also for its exotic pets. In the UAE, there are people who own animals such as lions, tigers or chimpanzees.

This article aims to clarify some of the most important questions that people may have regarding the rules and conditions to own an exotic pet in the UAE.

In the United Arab Emirates, the Federal Law no. 22 of 2016 regulates the possession of dangerous animals. Based on the above-mentioned Law, a dangerous animal is one that can cause harm or damage to humans or other animals, including predators, hybrid animals and semi-dangerous animals.

Therefore, Article 3 of the Federal Law no. 22 of 2016 strictly prohibits any legal or individual person from owning, possessing, trading or breeding dangerous animals.

The exceptions from Article 3 of the Federal Law no. 22 of 2016 are represented by zoos, animal parks, circuses, breeding centres, as well as the specialized care centres, scientific research centres and institutions whose work requires the ownership of dangerous animals under the conditions clearly set forth, by the Law.

In order to move dangerous animals from one place to another, to organise exhibitions, competitions or shows that expose dangerous animals, one needs to obtain prior consent from the concerned local authority of their emirate.

If somebody finds and abandons or strays an animal or is aware of the existence of a dangerous animal with a possessor which is not authorized for such possession, he shall immediately report the matter to the Ministry of Climate Change and Environment, the concerned local authority or to the nearest Police Station.

Any person who is authorized to keep dangerous animals shall inform the Ministry of Climate Change or the concerned local authority in their emirate about any matter that may arise with respect to a dangerous animal, such as:

People shall be prohibited from possessing, trading or breeding any species of dogs classified as dangerous, such as:

As a general rule, all dogs must be leashed during hiking or when taken outside the boundaries of their shelters with appropriate collars in order to control them.

All dangerous animals must bear a permanent identification label. If they are to be caught without such label, the competent authority will confiscate them, and it will not be possible to be delivered to their possessor until they have paid the costs of detention.

If 10 days have passed from the date of their detention without being checked by their possessor or without the possessor paying the costs, the animals may be disposed of. The possessor shall not have the right to request any compensation.

Anyone who has used a dangerous animal to attack a human being could face a prison sentence of no more than seven years, if the attack caused a permanent disability. Moreover, the penalty will be life imprisonment if the attack has caused death.

If a dangerous animal has attacked a third party without such attack being intended by his possessor at the time of its occurrence, the possessor will be subject to criminal punishment for involuntary manslaughter or involuntary injury as prescribed in the Penal Code, as the case may be.

In all cases, the animal that attacked a human shall be kept, and the court may decide to confiscate it according to the medical test’s results during the period in which the animal is kept, while the possessor shall bear the keeping expenses.

Annex 1 of the Federal Law no. 22 of 2016, clarify the animals that are considered dangerous:

Elnaggar & Partners advise anyone who wishes to acquire an exotic or dangerous pet, to check the above-mentioned list, in order to make sure that such animal is not prohibited in the United Arab Emirates. 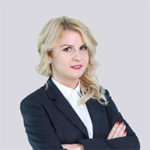