What is a Memorandum of Understanding or the Letter of Intent?

An MoU/LoI could be entered between two or more parties (bilateral or multilateral) and usually it is a non-binding document or an ‘agreement to agree’ in future, provided that it is drafted with required clarity signifying such intention.

Signed contracts just do not appear magically out of thin air; contracts are a result of extensive negotiations (verbal and written) conducted via email exchanges, phone calls, virtual or face to face meetings, etc. And before entering these negotiations or during such negotiation parties might end up entering into a document which is commonly referred to as MoU or LoI.

However, specific attention must be given to the governing law.

In UAE, Federal Law No. 5 of 1985, the Civil Transaction Law (also referred to as the UAE Civil Code) regulates all the civil transactions within the territory of the UAE, provided that the concerned transaction doesn’t fall under specialized law[1] like in case of dowry, which is due to the woman if it is specified in the marriage contract and is regulated by Federal Law No. 28 of 2005 (Personal Status Law)[2]

When it comes to deciding whether an MoU/LoI forms a binding ‘contract’ between the parties or not, specific reference must be given to Article 125 of the Civil Transaction Law which provides that a ‘contract’ is entered when an ‘offer’ is made by one party with the ‘acceptance’ from the other party along with the flow of ‘consideration’ by both parties.[3] Additionally, Article 130 of the Civil Transaction Law provides that contract is formed by the meeting of an offer with acceptance.

Furthermore, Article 141 of the Civil Transaction Law provides that if the parties agreed upon all the essential elements[4] required for the formation of the contract, and left certain other matters to be decided in future then the contract shall be considered as formed. If one of the party challenges such a contract in future on the grounds that it doesn’t contain all the details, then the judge shall have the right to fill in the gaps depending on the nature of the transaction and the applicable laws[5].

While discussing the binding nature of the MoU/LoI, it is crucial to note that under the UAE laws, the promise to enter into a contract at a later date is binding on the parties and the court might force the parties to conclude the contract within a specified duration.[6]

Therefore, if an MoU/LoI contains essential elements of the contract such as offer, acceptance and consideration, then there are high chances that the court could enforce it by filling in the gaps where required.

Documents which are in the form of ‘agreement to agree’ can play an important role in negotiation. With such documents, parties can express their genuine interest in entering into collaboration, structure their negotiation and identity core conditions precedent to move the collaboration ahead.

1. It is always better to be safe than sorry; therefore, ensure that your documents clearly differentiate between the binding and the non-binding terms of the MoU/LoI. If the parties intention is not to be bound by specific clause of the MoU/LoI then it is advisable to use of phrases like ‘subject to contract’ to create a strong presumption that parties intend to enter into a final agreement after the MoU/LoI and this document doesn’t depict the final understanding between the parties.

Sample Clause: The intention behind entering into this MoU is to express the willingness of both the Parties, subject to the final agreement to be entered between the Parties, to engage in an effort to promote the competitiveness of Company X as well as its activities to develop and expand relationships with UAE based wholesale buyers of Safety Mask and Gloves.

2. It is advised that parties should consider making certain clauses binding like confidentiality and non-disclosure obligations, exclusivity, governing law, duration, limitation to liability, etc. Such clauses are critical for any negotiation or deal and leaving such clause as non-binding in an MoU/LoI could result in serious negative implications in the future.

3. Ensure to include all relevant parties to the MoU/LoI as UAE courts will not force the obligations on third parties which are not included in the MoU/LoI. For example, if there is an MoU between the company and investor for transfer of shares to an investor, however, the actual shareholder is not a party to the said MoU, then it is highly unlikely that courts will enforce the obligations under MoU on shareholders.

4. Specific attention should also be paid to change in the legal personhood of the parties. For example, a founder might enter into an MoU in a personal capacity with a prospective investor or business partner. However, as the progress is made, the founder might end up incorporating a legal entity and still operate out of the initially entered MoU. This will be problematic because the party’s legal status has changed. Therefore, the previous MoU/LoI must be novated to replace founder in his initial capacity with the newly incorporated legal entity.

5. Avoid turning an MoU/LoI into a full-fledged contractual document which looks more like an SLA or SPA. This would defeat the purpose of entering into a pre-contractual agreement. It is not a good idea to over complicate such initial documents. Less is more and ensure that there is a specific reason for a clause to be included in MoU/LoI.

6. Pay specific attention to jurisdiction or choice of forum clause in an MoU/LoI. If you contemplate the possibility of seeking an urgent injunction (interim order), like in case of breach of confidentiality or enforcing exclusivity obligation, then it is strongly advised to not opt for local UAE courts as they don’t have the jurisdiction to provide such reliefs (an exception to the provisional form of reliefs like provisional attachment orders or precautionary attachments[7]). In such a situation, the DIFC court could be considered as the choice of forum keeping in mind their ability to provide such reliefs[8]. Similar provision (related to the availability of interim reliefs) is also provided in ADGM Court Procedure Rules 2016[9].

7. UAE courts have the power to consider pre-contractual negotiation, other documents, or past versions of MoU/LoI while giving an interpretation to the intention of the parties[10]. Therefore, it is advisable to include a boilerplate clause, specifying that ‘this MoU/LoI contains the final understanding between the parties till date and shall supersede and replace all previous agreements, negotiations, MoU/LoI and correspondence, whether verbal or written.’

8. If you intend to make a clause(s) of the MoU/LoI or the entire MoU/LoI to be binding, then is it mandatory to include a valid consideration. A merely written understanding between the parties (absence of any consideration) is not enforceable.

9. If the Parties don’t intend the MoU/LoI to be binding, then they must not use the words like ‘shall’ or ‘will’. The preference should be given to use of the word ‘intends’ wherever possible.

10. If the intention of the parties is to make a provision or the entire MoU/LoI binding then they must ensure that the signatory has the ‘authority to sign’ on behalf of the company or the respective parties. To avoid such pitfalls, it is advised to ask for a notarized power of attorney.

We hope this article is of practical help, rather than just theoretical.

[4] Article 129 of Law No. 5 of 1985, the Civil Transaction Law provides for necessary element for the formation of the contract. 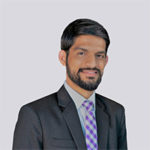 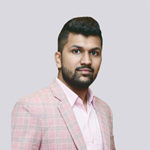