How to opt out of Sharia Inheritance Law

What happens to my family and assets following my death? A question that troubles a lot of expatriates living in the UAE. The DIFC Wills and Probate Registry as a public entity of the Dubai Government and an ancillary body of the DIFC’s Dispute Resolution Authority offers, since May 2015, a first-of-its-kind service in the MENA region, one that allows non-Muslims a greater choice in determining how their assets in the Emirate of Dubai and/or, Ras Al Khaimah are to be distributed and in appointing guardians for their minor children residing in one of the two Emirates following their death.

For a DIFC Will registration, the following four key criteria are to be met:

Legal Situation in the Absence of a Will

The distribution of assets following a death is normally guided by the UAE federal law (Personal Status Law and the Civil Transactions Code) and public order in accordance with the custom and principles of Shariah law. The UAE Courts will assess the Estate and most likely distribute the assets in accordance with Shariah law, where distributions follow strict regulations and forced heirship rules. Most of the expatriates are not familiar with these rules. In any case, until the inheritance is clarified, bank accounts and other assets remain blocked and subsequently companies might be temporarily paralysed as the shares are frozen.

The deceased leaves behind: a spouse (wife), three common children (one son and two daughters), both parents and one brother.

The distribution of the assets from the deceased would be as follows under Sharia Law:

In the event of a husband’s death, in accordance with Shariahlaw, the mother does not automatically receive the guardianship of her children. A surviving husband is usually appointed as a custodian and legal guardian of the common children. If both parents die, culturally, guardianship is given to the father’s side of the family.

The application of home country law to immoveable assets remains a grey area in UAE Courts’ proceedings. It is assumed that many have either abstained from buying property or investing in UAE companies because of this uncertainty, or have used an offshore company to secure these real estate assets.

In the past, people often set up wills in accordance with their home country law. The will was then translated into Arabic, stamped by the UAE notary public, Ministry of Justice and Ministry of Foreign Affairs and submitted to the UAE Courts for its honouring. However, the UAE Courts of first instance usually applied Shariah law instead of applying the Testator’s will. Subsequently, only by appealing the court decisions, the will was honoured as initially drafted.

The UAE Court proceedings are very complex for foreigners, as the court language is Arabic and all documents need to be translated into Arabic. As the UAE courts are usually surcharged with cases, the proceedings can take several months if not years to be completed.

DIFC Will and Probate Registry

In May 2015, the Dubai International Financial Centre (DIFC) opened the DIFC Wills and Probate Registry, which allows non-Muslims to freely dispose of their Dubai assets in the event of death (testamentary freedom). Since 2017, Ras Al Khaimah assets can be included as well. According to the registry’s director, Sean Hird, 2,500 wills have been registered since its inception in 2015.

The Will Registry is an administrative body and does not have judicial functions. It is the DIFC courts issuing the probate grants and court orders for the distribution of the Dubai and/or Ras Al Khaimah assets and guardianship orders for the protection of minors.

The DIFC wills can finally promote certainty among expatriates, promote investment in Dubai and Ras Al Khaimah and avoid family members becoming involved in uncertain proceedings that can be encountered in the UAE courts. To the relief of expat families in Dubai and Ras Al Khaimah is that provisions for guardianship of minor children can be included.

Different Types of DIFC Will

As a parent, you are concerned about the welfare of your children and the arrangements for their care should you and/or your partner pass away. With the ʺGuardianship Willʺ, the Will Registry allows the parent(s) to register a DIFC Will solely providing for the appointment of guardians for the Testator’s children (of 21 years old or younger) being residents in either Emirate, Dubai or Ras Al Khaimah. Following the death of the Testator, the DIFC Courts can issue both ‘Interim Guardianship Orders’ as well as ‘Permanent Guardianship Orders’, honouring the Testator’s wishes – provided that the nominated guardians meet the eligibility requirements and their appointment does not contravene UAE public policy.

In case the Testator intends to dispose of more than five real estate properties and/or a variety of assets such as bank accounts, movables (e.g. watch or car) or shareholdings in either Emirate, Dubai and/or Ras Al Khaimah, the Will Registry provides for the ʺFull Willʺ. Besides these instructions on the distribution on the various assets, the Testator can nominate guardians for his/her children by including guardianship provisions in this all-embracing, covering all sorts of assets, will.

A single Testator can only register a ʺSingle Willʺ, whereas in case the Testator is married and both, the Testator and wife/husband, wish to register a DIFC Will at the same time, then the ʺMirror DIFC Willʺ option should be selected (as this option grants an overall net reduction in registration fees).

Non-Muslim Will with Dubai Courts

The Law on the administration of non-Muslims’ estates and execution of their wills in Dubai (Law No. 15 of 2017), entered into force in late 2017, is bringing onshore Dubai in line with the existing register for wills in the Dubai International Financial Centre (DIFC). The provisions of this new Law apply to the wills and estates of non-Muslims in the Emirate of Dubai (including the DIFC).

• the testator must be non-Muslim and at least 21 years old;
• the will must be valid;
• it shall appoint an executor and indicate the method of disposing of the relevant property;
• it has to be signed or stamped or sealed by the testator in the presence of two witnesses;
• all the required fees must be paid.

In line with any other document submitted to the Dubai Courts, if the will is in writing and in any other language than Arabic, it needs to be accompanied by an approved legal translation as Arabic always prevails in Dubai Court proceedings (also probate proceedings).

Contrary to the DIFC will which can only cover assets in the Emirates of Dubai and/or Ras Al Khaimah, a will registered with Dubai Courts can cover assets across the whole UAE. Bank accounts, property, guardianship and all other clauses in the will are applicable in all emirates during execution of the will.

The registration fee for such will with the Dubai Courts is AED 2,000.

With the introduction of a wills registry for non-Muslims in Abu Dhabi, Sheikh Mansour bin Zayed, Deputy Prime Minister and Chairman of the Abu Dhabi Judicial Department, has issued a resolution to create a registry of wills and probate for non-Muslims in the emirate. This new registry will help close a gap in the legal system as there was no clear mechanism for the registration of wills for non-Muslims in the emirate and the only way to secure their assets was to request the application of the law of their home country, in keeping with the UAE’s personal status law.

The fees for the will registration with the Abu Dhabi Non-Muslim Will registry is AED 750 (without translation).

After the review of the finalised draft will by the Registry, the testator has to approach the registry for the signing and registration of the will. 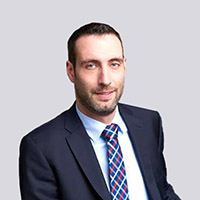