Foundations in the Middle East

The passing of wealth from one generation to the other with a public benefit has been done in the Muslim world since the times of Prophet Mohammed in the form of Waqfs, the Islamic form for an endowment. It has been typically done with a donation of buildings, schools and land for public use. Many of the ancient mosques are administered by Waqfs which take care of these institutions for centuries. They are mostly done for charitable purpose.

The same is applicable for foundations which were originally (mostly) used for charitable purposes. Nearly hundred years ago, Liechtenstein started to allow the use of foundations for other purposes which was instrumental in making Liechtenstein a centre for legacy planning.

In 1995, Panama copied this successful instrument and issued its own foundation law and managed within just a few years to become the leader in setting up foundations. Subsequently this was copied by common law countries which issued their own “common law foundations”. This trend has now also reached the Middle East where the two financial centres, Abu Dhabi Global Market (ADGM) and the Dubai International Financial Centre (DIFC) issued their adapted foundation laws on a common law basis.

However, to obtain a permission to set up a charitable organisation or a NGO (Non-Profit Organisation) in the Middle East to receive donations can be a rather challenging task in lengthy proceedings. The reason being that in the last 30 years ″charitable″ organisations were occasionally used to collect money for extremist activities. This might be the reason that the ADGM concept excludes charitable purposes for a foundation. The DIFC foundation regime on the other hand does not have such an exclusion.

Foreign trusts and foundations have been regularly set up for High-Net worth Individuals (HNWI) in the Middle East. But the demand for such entities was never as high as in western countries. A main reason is the absence of taxes in the Middle Eastern countries. There were also attempts to adapt the old concept of Waqfs to achieve the same as with trusts or foundations. However, these efforts have never been very successful.

Since 2005, it is possible to set up DIFC Trusts. But the demand has been rather subdued. Some assume that Arabs are closer to civil law and therefore would prefer using the similar concept of foundations. This was a reason for the ADGM to introduce in 2017 a foundation law which was followed by the DIFC in 2018. It is expected that the demand for foundations will be higher than for trusts as this legal entity can hold assets in its own name.

Anybody who has set up trusts or foundations for Middle Eastern clients knows that most HNWIs who have accumulated substantial wealth in the last few decades do not like to relinquish the control over their wealth. This is a main reason why the interest in the concepts of trusts and foundations has been very limited. This is most probably the reason why the ADGM as well as the DIFC foundation, which target above all people from the Middle East region, allow that the founder still has an influence over the assets devoted to the entity. This represents a major deviation of the original (Western) foundation concept where a person separates completely from his or her assets transferred and therefore subsequently places it irrevocably in a foundation. The assets are then solely administered and managed by the foundation council in accordance with the foundation charter and by-laws. If such a ADGM or DIFC foundation will ever be challenged in a Western court, it is to assume that the judge will come to the conclusion that the founder still has control over it and therefore is also liable / taxable for the assets.

The ADGM and DIFC foundation are also managed by a foundation council (at least two members) and, as in other foundation jurisdictions, a guardian / protector can supervise it. They can either be individuals or corporate entities. The ADGM offers more privacy in this respect as the council members are not publicly available.

A main attraction for the UAE is the concept that the foundation law allows the migration of foundations from other jurisdictions to this country where no tax is imposed (besides a VAT of 5%), where anybody is welcome to take up residency (90% of the population is foreign) and which has a well-developed infrastructure to accommodate underlying companies.

It is straight forward and inexpensive (USD 200) to setup a foundation in the ADGM. It can also be done through a portal and a physical submissions of the documents is not necessary. The founder can set it up without the help of a registered agent. However, each foundation needs to have a registered office address in the ADGM, which can be provided by any company based in the ADGM zone. 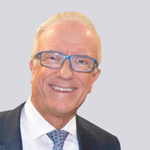