Since their introduction in the UAE in 2018, foundations have had a substantial impact on the structuring of domestic and regional assets.

In a series of podcasts, team M/HQ discusses foundations from all angles, as well as their multiple uses in practice.

In the fourth episode, Senior Associate Célia Titouni and Managing Partner Yann Mrazek discuss the use of foundations by and for Muslims.

Over the next 10 years, assets worth an estimated one trillion dollars are about to go from one generation to another in the Gulf region. At the same time, only one family out of seven has some sort of legacy plan in place! These assets– mostly composed of real estate and businesses – are at risk every day: business risk, political risk, family disputes. Succession is now a risk that families, Muslim or non-Muslim, can control and plan for using foundations.

What are the succession rules in the UAE?

The legal basis for inheritance in the UAE is found in the Personal Affairs Law, which is a codification of Sharia. Inheritance is subsidiarily regulated by the Civil Code. Both the Personal Affairs Law and the Civil Code provide that inheritance shall be governed by the law of the deceased at the time of death. The law of the deceased shall be understood as the law of his own country or community, applicable to his inheritance and will whenever he passes away. For non-Muslims, the UAE legislation provides the freedom to elect one’s law to govern inheritance. UAE courts will, however, not apply foreign law to the inheritance of Non-Muslim in the absence of an executed will.

Sharia principles will mandatorily govern the succession of a Muslim and the inheritance distribution process, regardless of his/her nationality. The exact divisions prescribed by Sharia will vary depending on one’s gender and family situation. There are different categories of heirs, including forced heirs. Heirs must be Muslims, and they cannot have willfully caused the death of the deceased. Illegitimate and adopted children are excluded from being heirs. The guidelines surrounding how the heirs’ portions are calculated are complex, and in each case, a probate procedure shall be opened with local courts and a Sharia scholar will be appointed to decide how the estate is to be distributed. Some male heirs- e.g., one or more son, one or more grandson, and one or more germane or consanguine brother – are favored over the correspondent female heirs in a 2-1 proportion. A mechanism of exclusion is provided for, which debars an heir of all or part of the succession because of the presence of another more entitled heir.

Can Muslims plan their succession?

Of course, and they should! Legacy planning is key to preserve and pass on the estate to the next generations in a smooth manner. Why is it important to do so?

Whilst Sharia provides very well for a Muslim family in terms of fair allocation of assets, it does not specifically address certain risks that may lead to dilution and/or destruction of value, such as:

There are numerous legacy planning tools available (locally), chief among which are wills, foundations, and trusts. The tools need to be chosen and implemented carefully in order to achieve the objectives.

Muslims can register a will with a UAE Notary. However, the testamentary freedom is limited to 1/3 of the estate and subject to the approval of all major heirs. The remaining 2/3 shall be distributed as prescribed by Sharia.

This is where a Foundation adds value!

A foundation is an independent legal entity that holds assets separately from the founder’s wealth. Compatible with all UAE and most international asset classes (real estate, shares, portfolios), Foundations enable entrepreneurs and their families to consolidate and keep control over income-generating assets and investments while protecting them from potential threats.

They are equally effective for Muslims and non-Muslims. Foundations can be used in combination with corporate structures or as a direct owner of assets, thereby guaranteeing business continuity and smooth inter-generational planning.

Do UAE Foundations work for Muslims?

Absolutely! It was with Muslim families in mind that the tool was first introduced, and local authorities have widely embraced the concept.

Both the UAE Civil Code and the UAE, Personal Affairs Law, provide for the possibility of a lifetime gift.

A Foundation can be used to structure lifetime gifts, which are thereinafter no longer subject to Sharia inheritance rules, and can be made by a Muslim individual without circumventing Sharia principles.

Potential distributions to beneficiaries can also – but do not have to – be made according to the principles of Sharia.

Any key considerations in practice?

It is key for the founder to document the lifetime gift of his assets from him/her-self to the Foundation and the intent to safe-keep these assets in perpetuity for the benefit of his family.

Islamic law does not include claw-back provisions. A lifetime gift is defined as an unconditional transfer of property made immediately and without exchange or consideration by one person to another and accepted by or on behalf of the latter. It must be accepted by the receiver and can be revoked during the lifetime of the giver only after approval of the receiver. Once validly created, it cannot be revoked, and the transaction is considered final.

However, if the gift was granted during a period of sickness or if it was given under duress or deceit or from a person who does not have the legal capacity or capability, the transaction could be contested by potentially rightful heirs of the property/asset in question, and revoked via a court order.

For founders wishing to abide by Sharia rules, a Foundation may be structured in a Sharia-compliant fashion. Asset distribution that does not follow Quranic rules of inheritance may also be considered Sharia-compliant to the extent that distribution mechanisms are documented by the Founder by means of a letter of wishes and are based on the concept of fairness and justice.

It can be vetted by an Islamic scholar. An opinion – or “fatwa” – from the local Awqaf authority can also be sought to confirm the compliance of the structure and its governance with Islamic succession principles.

Precedents of authorities formally taking a position on the use of foundations being compatible with the law of the land are now available. As a matter of illustration, the following question was recently brought to the Awqaf authority’s attention:

The answer provided by Awqaf was unequivocal. It confirmed that the Sharia – as applied by the UAE – allowed such endowments of assets during one’s lifetime while still benefiting from the income generated by said assets.

From a structuring standpoint, we can also witness an increasing number of economic registrars accepting foundations as shareholders. 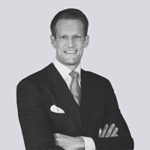