The year 2020 kicked off with the much anticipated and positive announcement on the expansion of the world of Foreign Investment into the “Mainland Market” of the United Arab Emirates. The UAE Mainland Market has now been opened to foreign investors in various sectors of the Economy by the UAE government.

Up until the promulgation of the Foreign Direct Investment in the “Mainland” or “Onshore” of UAE, all onshore companies in the UAE were subject to foreign ownership restrictions, meaning a foreign investor, could only hold a maximum of 49% of the share capital while a minimum 51% of the shares are required to be held by a UAE national in a Company. The FDI Law has now removed the foreign ownership ceiling for the selected business in the UAE Mainland sector.

The move came as part of the Federal Decree-Law No. 19 of 2018 and followed by another Cabinet Resolution No. 16 of 2020. Both these regulations combined provide for all the changes in the present Foreign Direct Investment (FDI) landscape in the UAE. The Regulations determine the Activities Eligible for Foreign Direct Investment, Grant of Ownership up to 100% as well as the Incentives & Competitive advantages.

The foreign investor can apply for approval of the project license to the competent authority for foreign direct investment in the local government to be considered, satisfying the conditions and documents specified by the Licensing Authority and after obtaining the preliminary approval from the Licensing Authority. The maximum period for approval of the FDI License application is 5 working days only.

The Existing Companies also have an option to change into an FDI company provided its legal form is one of the forms specified for FDI companies.

Further, here are the highlights of the new FDI law for the Foreign businesses and Investors to know who are keen on doing business in UAE.

Where is it applicable?

The World of FDI has expanded in the United Arab Emirates for its Mainland.

The foreign direct investment projects can be established in all lands of the country. The FDI provisions, however, do not apply to the financial and non- financial free zones in UAE.

What are Upsides & Incentives?

What are Downsides & Conditions?

Which sectors are open to it?

I. Agriculture Sector : Agriculture with 19 activities benefiting from foreign ownership although the requirements include minimum share capital of AED 7.5M for the vast majority of the agricultural activities and participation in the Emiratization Club at the Ministry of Human Resources and Emiratization and use of modern technology in the production process. The business in the above sectors also need to fulfill some conditions and requirements like:

II. Industry: 51 activities benefiting from foreign ownership increase, although the requirements include:

III. Services: 52 activities benefiting from foreign ownership increase although the minimum share capital investments for the majority of the services have been reserved to the laws and regulations governing such activities. Hospitals Activities require a minimum share capital investment of AED 100M and would be subject to certain considerations such as the number of hospitals and medical centres in a given area. Legal Consultancy Firms will be allowed subject to that they will not plead before UAE courts, act before any government authorities or perform notarization and authentication tasks and get the approval of the government entities in the UAE. Building construction permitted only for infrastructure projects of large scale such as airports, highway roads, sports facilities, and projects worth more than AED 450 million.

The steps for licensing an FDI project shall include selecting of business activity from the positive list and selection of its legal form, ensure the FDI capital is more than minimum requirement as per positive list, submission of foreign direct investment license application after obtaining the initial approval, Reserve the Trade Name, get approvals of entities concerned with FDI company activity, Present proof of submission for joining Tawteen Partners Club, Obtain approval and receive FDI License after paying the Fees, Opening a bank account on behalf of the company and depositing at least 20 % of the capital and lastly, Registration of License with Ministry of Economy (MOE).

The implementation of the Law of FDI is left to the discretion of each Emirate of the UAE to decide on the percentage of foreign ownership for each sector according to their individual circumstances. As such, we may see certain Emirates encouraging certain activities over others subject to their local economic development needs.

Nonetheless, the FDI Law is certainly a significant and welcomed development that will encourage further Foreign investment now into the Mainland of UAE and will thus further cement the role of the UAE as a global business hub for foreign investment. 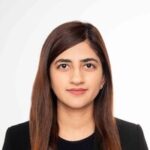