The whole world is facing now a situation out of the ordinary, which many of us did not expect and most of us did not foresee. The World Health Organization declared the current outbreak of COVID-19 as Public Health Emergency of international concern on the 30th of January 2020 and since that moment countries worldwide started taking all kind of measure to contain the spread of the virus and to protect their citizens and residents.

The outbreak found lots of people, business and authorities not so well prepared. However, the UAE has started quite early taking important measures maintaining the safety of the people living and working here.

There are plenty of expats in UAE and amongst them are lots of tenants as well. In the middle of a pandemic and curfew, the last thing that could happen to an individual would be to be evicted from his apartment.

Inline and aware of the implications of evictions in this particular moment, three out of the seven emirates have issued new sets of rules, suspending all the evictions procedures taken against tenants.

Any tenant who has a current judgement issued against him for the failure of non-payment, will not be evicted for the next coming two months.

Some further clarifications are required for each one of the emirates having adopted such rules:

Following the directives of His Highness Sheikh Mohammed bin Zayed Al Nahyan, Crown Prince of Abu Dhabi and Deputy Supreme Commander of the Armed Forces, the Abu Dhabi Judicial Department announced that all the proceedings regarding the executions of rent evictions will be suspended for two months.

The undergoing evictions procedures are suspended and filling a new request will be rejected.

It is important to note, that all civil execution procedures such as blocking bank accounts, capture and arrest of people etcetera have been paused as well.

The Abu Dhabi Judicial Department has underlined that alimony and labour disputes are exempted from being suspended and such procedures will continue.

The Emirate of Dubai has taken as well a step forward and the Government has decided to not enforce all the judgements related to residential and commercial facilities in March and April.

Aiming to help and provide real support for people going through the challenges of the pandemic caused by COVID-19, the Deputy Ruler of Dubai and Chairman of the Dubai Judicial Council Sheikh Maktoum bin Mohammed bin Rashid Al Maktoum decided to suspend all the evictions judgements regarding the residential and commercial facilities.

Only the execution of judgements issued in March and April will be suspended. However, the suspension of eviction judgements will not be applicable to abandoned homes, meaning that if the tenant has already left the premises of the rented unit, execution procedures can continue since he does not reside at it anymore.

The directive issued by Sheikh Maktoum is stressing as well on the suspension of imprisonment judgements on all rental-related cases in March and April.

For the moment, the emirate of Ras Al Khaimah is the last one issuing exceptional regulations, derogating from the common procedures of enforcing judgements.

To help people overcome the though moments everyone is experiencing, His Highness Sheikh Saud bin Saqr Al Qasimi, Member of the Supreme Council and Ruler of Ras Al Khaimah, has issued Emiri Decree No. (6) for the year 2020, which will be applicable for a period of two months.

The measures stipulated by the decree refer as well to the suspension of judgement’s executions, allowing the tenants to reside at the premises they should otherwise vacate.

The imprisonment of the debtors will be replaced with a travel ban instead, and seizure and arrest of debtors, along with other executive procedures related to real estate, stocks and bonds are halted accordingly.

More thoughtful is that judges can allow the seized person who does not have other financial sources, to spend a monthly amount as per the judge’s estimation, from the founds seized with the bank, in order to ensure that each family’s basic need is covered. 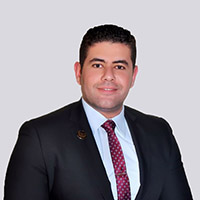