In 2017, His Highness Sheikh Mohammed Bin Rashid Al Maktoum issued Law No. 19 of 2017, amending Article 11 of Law No. 13 of 2008 on the Interim Real Estate Register in the Emirate of Dubai. The provisions of Law 19 of 2017 are a matter of public policy, therefore any contractual agreement that developers have with their buyers may not depart from the procedures prescribed in the Law.

Whereas the Law is not applicable for sales of land, its main aim resides in granting the Dubai Land Department (DLD), and consequently the developer, the right to terminate an off plan sale without the need of obtaining a court order or arbitral award.

Prior to being able to unilaterally terminate the off plan sale for a defaulting investor (buyer), the developer would need to comply with several procedures at DLD: (i) notify the default to DED; (ii) based on the notification, DED to serve an official notice to the defaulting buyer and (iii) issuance of DLD Report of deregistration in case of non-compliance of the buyer.

Notably, the DED notice to the defaulting buyer would grant the latter a 30 days’ deadline to rectify the default. Should there be grounds, the DLD may as well initiate an amicable settlement between the developer and the buyer. Only at the expiry of this period and in case the defaulting buyer fails to rectify the default, respectively amicable settle the situation with the developer, then the DLD will proceed and issue its report, comprising the below main points:

The importance of this report is that, after its issuance, the DLD will deregister the Sales and Purchase Agreement (SPA) between the developer and the buyer, at the developer’s request, without the need of a prior court order or arbitral award to be issued.

Consequently, the developer may at anytime after the issuance of the DLD report terminate unilaterally the Sales and Purchase Agreement, without the need of court order or arbitral award, according to the following procedure:

In all the above cases, the return of the excess amounts to the buyer shall be made within one year from the termination or within 60 days of the successful resale of the property, whichever is earlier.

Under Law 19 0f 2017, a buyer always retains the right to refer to courts or arbitration bodies in case he deems the developer’s action to terminate the SPA as abusive or unjustified. To grant larger protection to buyers in off plan projects, the Law is applicable with retro-active effect, by way of exception from the Constitutional principle of non-retroactivity of laws.

In conclusion, we deem Law 19 of 2017 a progressive tool for ensuring the security of the off-plan sale and purchase market in the Emirate. The transactions benefit of more predictability, transparency and the Law allows developers to secure the cash flow of their projects without needing to recourse to traditional litigation. As such, this development is expected to bring more certainty for the completion deadlines of real estate projects, for the hand over dates and amount to less waiting time for investors and buyers acting compliantly with the SPAs, in good faith. 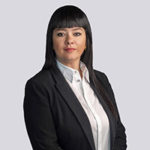