This article constitutes the third in a series of articles which are intended to provide practical overviews of certain structuring tools which provide protection and/or flexibility in transactions.  In this article we will explain considerations relating to the exit of a concerned party in a business venture.

A further consideration for an investor (in addition to those set out in the previous articles in this series) is how the investor may exit from a venture in the future.  Whilst this may appear prima facie to be a consideration that can be dealt with at a later date, in actuality the terms of the relevant documentation (the shareholder agreement and/or the joint venture agreement, and possibly even the constitutional documents of the company) may predetermine such future consequences at the point of entry of the investor and should be considered at the outset accordingly.

Firstly, an issue relating to the UAE jurisdiction is addressed: the UAE Federal Law No. 2 of 2015 concerning Commercial Companies includes a statutory right of pre-emption for any other shareholders in a company to purchase shares of an exiting shareholder.  This mechanism includes valuation by an expert and so can be time-consuming and impractical.

The pre-emption issue, however, may be avoided where structuring through an appropriate entity is possible.  Even in the instance where a company caught by such requirement is necessary, investors may be able to incorporate a holding entity which permits effective share transfers in its subsidiary.

Intention of the investors

It will be helpful for investors to discuss and agree their long-term goals vis-à-vis commitment.  In the context of a new venture and/or new relationships then investors may agree to a “lock-in” provision in the shareholders agreement whereby a shareholder may not transfer its shares for a specified period of time.  This provision, whilst not suitable in every case, is often seen in a joint venture scenario or where the parties require commitment for a minimum period.

Tag-along and drag-along provisions are useful tools in certain contexts to satisfy the objectives of investors in the event of exit, and ensure protections for the individual and/or the collective investors respectively as follows:

Investors will need to consider the scenario of default by a shareholder, and whether this should lead to a forced sale and exit of the defaulter.  This is encountered particularly in the context of a joint venture scenario whereby each investor typically makes a contribution to the joint venture company.  Mechanisms may be inserted for shares of the defaulter to be available at a discounted price, for example.

Whether shares are to be transferred by default or as permitted under a shareholder agreement, a value for the shares will be required.  Whilst this may be easily determined in the case of a company listed on an exchange, this is not so easily determined for a private equity company.  Common approaches include:

The mechanisms set out above will have more effect where these are placed in the constitutional documents of the entity than if merely by a contract such as a shareholder’s agreement.  Simply put, an investor who is required under an agreement to abide by the above mechanisms may not do so, and the recourse of the other investors in the UAE would then be a claim in damages against the defaulting investor.

The UAE free zones are generally introducing more flexibility to permit the desired mechanisms to be placed into the constitutional documents, which provides more protection for investors against “rogue” shareholders.

The suitability of the exit mechanisms touched on in this article will depend on the approach of the investors (including their intention and aims) and also the nature of the underlying venture.

The mechanisms may be useful structuring and investment tools, but they are not “one size fits all”, and their usefulness can differ greatly depending on the particular circumstances and what is sought to be achieved in each case. Professional legal advice should always be sought before entering into any such mechanisms and the corporate team at Galadari are experienced and more than willing to assist you in doing so. 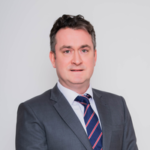 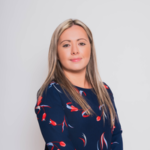