As a result of the crackdown on non-cooperative tax havens, a substantial shift has occurred over the past decade from traditional offshore jurisdictions to mid-shore ones, with “substance” becoming a much sought-after commodity.

Jurisdictions with a broad spectrum of structures have been on the rise, while centres unable to propose a substantiated offering have been losing competitiveness.

This change of momentum does not mean that lighter, dematerialized corporate vehicles (referred to as SPVs (for special purpose vehicle), IBCs (for international business company) or “offshore” entities) have lost all their appeal. They still play a key role in specific situations.

Nowadays however, some the most valuable and versatile SPVs are found in so-called super-jurisdictions – jurisdictions combining a market where clients go to conduct business, a centre where the entities that clients use are registered in and the geographical origination of clients, together with other fundamentals, e.g. strong employee base, bona fide business hub, highly rated financial centre, residential and travel infrastructure. All are large cities or city states.

In this context, the UAE has established itself as one of the most competitive and versatile structuring hubs worldwide.

The UAE’s “super jurisdiction” tag is due to a combination of factors: no corporate and personal income tax, access to a broad network of double tax and investment protection treaties, no restriction on profit repatriation, no foreign currency control, sophisticated regulatory framework, worldwide connectivity.

One of its ultimate USPs may however be the vast array of corporate vehicles it offers. With more than 30 free zone in operation, substantiated free zone structures are leading the way, but SPVs are finding increasing use in practice.

But the region’s most interesting and sophisticated SPV can be found in Abu Dhabi Global Market [ADGM].

ADGM SPVs are so-called “exempt” structures. They do not fall under the direct supervision of the Financial Services Regulator.

A foreign IBC can migrate from abroad into ADGM and become an ADGM SPV. An ADGM SPV can also “morph” into a substantiated holding company, thereby availing the benefit of the country’s broad double tax treaty network.

Critically, ADGM SPVs are entitled to own both shares (including in UAE mainland LLCs) and real estate (as of writing in both Dubai and Abu Dhabi).

ADGM SPVs are primarily used for:

By combining an ADGM SPV with an existing LLC, the shareholding is “lifted” from UAE mainland to ADGM – thus from a civil law to a common law framework.

The mandatory ultimate local ownership of 51% into the underlying LLC is maintained, in compliance with federal law. 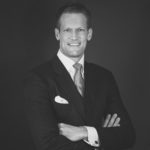