What is the Absconding Report?

The absconding report ban can be a result of the legal action of reporting an employee as an absconder. Such action is usually taken by the employer against any employee in such cases that the employee may have decided to stop showing up at work, or have left the country without informing his employer for a period exceeding six month. Through my experience I have seen this occurring  when an employee commits a crime and decides to flee the country before he/she is detained or when they face financial hurdles through their lives, for example defaulting on a loan, or issuing a check with no sufficient funds and choose to escape the country as the easier resolution to avoid their social or financial obligations. In many other cases, the employee decides unilaterally to quit and leave their job and/or the country with no proper resignation or relevant announcement to the sponsor or the employer to their decision.

Moreover, the employer or the sponsor has the right to submit the abovementioned complaint against the employee, notwithstanding the current whereabouts of the employee and whether he is still physically inside or outside the UAE, unless the Employee is already out of the country for a period less than six (6) months.

What happens when the Absconding Report is registered?

At the time the report of absconding is registered on the system of the Ministry of Human Resources and Emiratization by the employer or by the sponsor against the employee, one of the below consequences will occur depending on the presence or no presence of the employee inside the UAE:

How to lift up the “Travel Ban” associated with the Absconding Report?

The above steps and procedures can take anything from three month and up to six months in some cases, depending on each particular case and the Emirate where the procedures are taking place. Such work to release the report of absconding and lifting up the ban, clearing the name of the person may sound very easy and procedure oriented. However, we have experienced great difficulty negotiating such consents from former employers and sponsors of employees as well as in connection to the steps to be taken at the government authorities and the political representations where it requires quiet very high level of sensitivity and experience to deal with.

The procedure to lift up the ban is kind of lengthily, time consuming and costly. However, it was proven successful if the correct steps and follow ups are made, even if the travel ban or the blacklist is imposed for a long time. We have experience in clearing the name of one of our clients where he had his name on the blacklist for more than 10 years ago. It was not easy but it was accomplished! 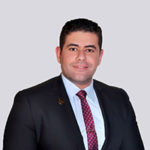