A significant development in the Middle East arbitration sphere

On 3 May 2018, His Highness Sheikh Khalifa bin Zayed Al Nahyan, the president of the United Arab Emirates has issued a new Federal arbitration law No.6 of 2018 (the “Arbitration Law”).

A significant development for arbitration in the region

To say that the Arbitration Law has been long-awaited by UAE legal practitioners would be an understatement.

Since the UAE acceded to the New York Convention in 2006, a substantive arbitration law was said to be “imminent”, with draft laws even being released as early as 2008 and, the lack of specific formal arbitration law has led to ambiguity and potential hesitancy in choosing to arbitrate in the UAE.

Enter, the Arbitration Law, which goes a considerable way towards reinforcing the UAE as a region that has a modern, international arbitration practice with familiar and effective laws in place to deal with multijurisdictional disputes on a global scale.

These provisions, whilst satisfactory in many ways, have been deemed as “not going far enough” by the legal community, lacking certain fundamentals which many practitioner consider significantly important (i.e. enforcement and nullification of awards). The Arbitration Law, however, contains 61 articles and is largely based on the UNCITRAL arbitration rules, including an article repealing the arbitration chapter contained in the Civil Procedures Law.

This is of significance as it means the Arbitration Law will apply to ongoing arbitration proceedings, superseding the arbitration chapter.

Highlights of the New Arbitration Law

Set out below is a summary of key provisions contained in the Arbitration Law. Of course, it remains to be seen how these provisions (particularly in relation to jurisdictional challenges and execution/annulment of an award) will be applied in practice amending many case law that have established many principle based on the old system, which we will continue to monitor the position carefully:

Based on our initial understanding, point (iii) above refers to situations where there is a specific law that preclude settlement of disputes through arbitration (i.e. Agency disputes)

2. Capacity (article 4): that the person entering into an arbitration agreement has the requisite capacity to do so remains of fundamental importance in arbitration proceedings. The consequence of not having capacity can include a challenge to the agreement’s validity under article 8 and/or a defunct arbitration award;

3. Jurisdictional challenge (article 8): the Arbitration Law provides that, where a party commences action in the UAE courts (effectively ignoring an arbitration agreement), the court should declare it has no jurisdiction to determine the dispute provided only that the opposing party has challenged jurisdiction before submitting any substantial defence to the claim. This is a marked deviation from the existing law, which provides that any jurisdictional challenge should be raised at the first hearing, but it is more in line with the UNCITRAL rules;

4. Competence- Competence Principle (article 19): again, in line with the UNICTRAL rules, the Arbitration Law allows the tribunal to review, and make a determination on, its jurisdiction whether via a partial final award on jurisdiction or within the final arbitral award closing the proceedings. However, what is very much interesting is that, in the event of the issuance of a partial final award on jurisdiction, a party may request the (local) courts to make its own determination on the jurisdictional challenges, and the arbitration proceedings may be (but are not automatically) stayed as a result. The application of this article is by far complicated, and it is anticipated that it may cause considerable instability to on-going arbitrations where there is a partial final award issued on jurisdiction. A further close monitoring of the courts’ application of this article may give more clearance in the future.

5. Cross-examination (article 35): the Arbitration Law expressly provides that witnesses and experts can be cross-examined through electronic means. This is quite new change regarding the flexibility of providing evidence under the UAE law. However, this should not change any of the material elements that should be satisfied prior to a witness provide his/her testimony (i.e. giving oath)

6. Annulment (article 53 and 54): marking another significant change to the existing law, under the Arbitration Law, a party can challenge an arbitral award directly to the UAE Court of Appeal (thus forgoing the Court of First Instance) either before or during the process of the award being ratified. However such proceedings must be commenced within 30 days of notification of the award to the parties; and

7. Execution of an award (article 55): the UAE Courts will, under the Arbitration Law, be required to decide upon a request to ratify an award within 60 days. We assume this time limit may be not very realistic, especially if ratification is challenged by the party who lost the arbitration.

Nevertheless, the implementation of a wholesome arbitration law is a welcome move, and will undoubtedly enhance the region’s arbitration reputation. 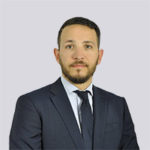